The perishable world and the impermanence of being

Destruction also applies to various connections in the material world. If the object of the connection between two people is physical attraction, then this connection, having a material motive, will eventually break down, turning “love” into indifference and a form of coolness. Thus, the influence of the material world extends to human relationships, due to the fact that mutual sympathy based on the desire to enjoy each other’s bodies, which are material objects, is also subject to time, as is the life of the person himself. And then the desire of a person for another person, sooner or later turn into indifference under the influence of the power of time, whether a person wants it or not. For some, it may seem impossible to lose your attraction to your partner, but if you don’t lose it, your partner will.

The second property that reflects the impermanence of the material world is the variability of objects of material nature. And here it is not only a matter of changing seasons or other global changes that are inherent and necessary to nature, but also in the variability of the very character of a person, his behavior, lifestyle and actions, as well as his relations to other people. It also lies in the fact that the human psyche, through which it interacts with the world, relates to the material world and has the property of variability.

On the one hand, this is good for a person who wants to change himself for the better. On the other hand, it is a guarantee that a person will never find such a static position in which he will be guaranteed constant happiness, since the property of the psyche contains the factor of hedonistic adaptation, which consists in the fact that after satisfying one of his desires, a person finds several advantages at once. Thus, a person will never find satisfaction in the material world by seeking to enjoy the objects of the material world.

In order to find happiness and fight against this danger, a person should find a different nature that would give a person a reliable and unchangeable foundation, based on which a person could find not only happiness in this world, but also an understanding of himself. This other nature is the spiritual nature.

There are two kinds of nature in the world — spiritual nature and material nature. The material is divided into the manifested (gross) and the unmanifested (subtle) and embodies impermanence. The manifested one is the gross matter with which we can interact directly with the help of our body. The unmanifested or subtle material energy is our senses, mind, intelligence, and false ego, as well as the subtle energies.

Yet there is another unmanifest nature, which is eternal and is transcendental to this manifested and unmanifested matter. It is supreme and is never annihilated. When all in this world is annihilated, that part remains as it is.

There is also spiritual energy — eternal and unmanifest, to which the soul – the “True Self” – belongs directly. The spiritual nature is unchangeable, eternal, has Absolute knowledge, and is in pure bliss, which, unlike material enjoyment, does not become boring with time.

Рекомендуем также эту статью:  Warrior's purpose – fighting. What does it mean to be a warrior?

The impermanence of the material world – what is it?

The impermanence of matter consists in its variability and susceptibility to destruction. Most often, if a material object is not destroyed by another such object, as, for example, an axe cuts down a tree, then the material object is destroyed over time — the tree simply rots. The energy of destruction is at the heart of the regulation of the material world, making room for new creatures, while the old and non-viable ones are destroyed.

Any material object, whether it is material consciousness, material achievement, material perfection (fame, wealth, beauty, power), is destroyed over time. And if they are not destroyed, then most often they become the subject of worries, fears and suffering, and also require incredible efforts to maintain them. The human body itself, as the most obvious indicator of the impermanence of matter, proves and demonstrates the impermanence of matter.

The unmanifested material energy, which includes material consciousness, is also subject to change, but changes more slowly. If a person’s body changes continuously, then his mind, intelligence, and false ego can change very slowly due to ignorance.

We should not obsessively get involved in transitory things, because even if we master something, we are very much at risk of losing it, which will entail great suffering. In an effort to preserve a material gain, whether it is a relationship, wealth, reputation, or power, a person sacrifices not only the time of his life, but also life itself. However, in the end, a person realizes the impermanence of not only what he tried and fought for, but also for what he was ready to die. This also applies to material ideas, which also change over time and, most often, not for the better.

The material world is extremely volatile-the relationship between a man and a woman ends very quickly, after which they often become enemies; money becomes the main cause of fear and anxiety in the mind of a person, despite the fact that it is almost impossible for a working person to die of hunger. We are concerned about what others will think of us, although their opinion of us, no matter how hard it is earned, can change one deceptive rumor. The material strength of a person, no matter how well he supports it, is eventually depleted under the influence of old age.

Рекомендуем также эту статью:  Important questions for person who wants to improve himself

Impermanence of matter and the eternity of the soul

It is better for us to direct our efforts, efforts and time to achieve spiritual beauty, glory, power, wealth, which are beyond the control of time and destruction. These qualities will remain with us forever, while our material possessions will go away at the end of this life. And some even to the end of it.

Anyone who gives up prescribed duties as troublesome or out of fear of bodily discomfort is said to have renounced in the mode of passion. Such action never leads to the elevation of renunciation.

The position of the three gunas of the material world(sattva, rajas and tamas) is constantly changing both in man and in the world. Maintaining the balance between them takes a lot of energy that a person could devote to the true, spiritual path. Good and bad karma, sukriti, tejas, tapas, prana, ojas, and other subtle material energies reside in a person temporarily and are depleted as they are used.

While the spiritual energy is not depleted over time and does not decrease from use. The spiritual achievements of a person are transferred from one life to another, without undergoing changes, and remain with him always. These are the eternal fruits of spiritual activity.

On taking such a birth, he revives the divine consciousness of his previous life, and he again tries to make further progress in order to achieve complete success, O son of Kuru.

The fruits of the true spiritual path are eternal and unchangeable, and the fruits of pious, ceremonial, or activities aimed at achieving material and mystical(siddhi) perfections are eternal and transitory. So, a reasonable person should turn to the true spiritual path for the sake of achieving eternity, knowledge and bliss, which will not lead to the suffering of both the person himself and other living beings, but on the contrary will serve for the benefit of all living beings. 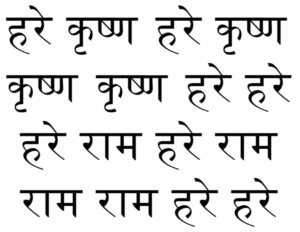